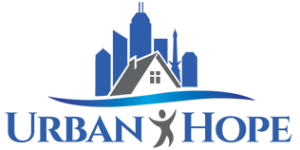 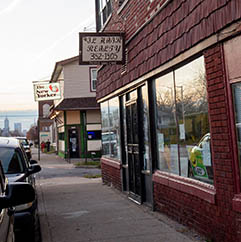 Urban Hope was established in 2015 by a group of concerned citizens who were primarily interested in helping to fund the NEST Youth Center located at 4306 E. New York Street, Indianapolis, Indiana, which was founded in the early 1980’s by Janet Hair of JL Hair Realty.

While the caring souls who volunteered at the youth center thought they would primarily be working with urban youth, they soon learned that serving in an urban environment exposed other community needs as well, e.g., homelessness, hunger, alcoholism, drug addiction, safe and affordable housing, etc.

1) To fund the NEST Youth Center and similar neighborhood youth centers
2) To connect those with physiological, mental and spiritual needs with appropriate resources
3) To participate with the city in providing fair and affordable housing to the under-served populations of Indianapolis.

Urban Hope is a division of Bread of Life Ministries, located in Avon, Indiana. We’re a 501(c)3, non-profit organization, so monetary and in-kind donations are generally tax deductible. 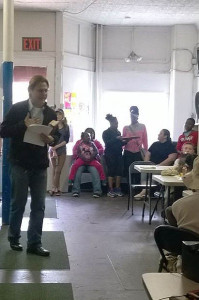 Born to young parents, Jonny spent his early life in trailer parks, high density housing and a small home that served seven family members on Indy’s eastside.  Attending school by day while working nights, he earned undergraduate degrees in Management (BS), Finance (BS) and a Masters in Business Administration (MBA).  He has worked for non-profit organizations for over 30 years, managing annual operating budgets in excess of $500 million.  Jonny has worked in Real Estate for over 30 years and holds a Broker’s License in the State of Indiana.  His wife, Linda, is a Registered Nurse and has been the love of his life for 30 years.  Jonny says, “Whatever you think of me alone, you’ll think much better of me when she’s standing by my side.  She makes me better in every way conceivable.”  Jonny and Linda have served in various Christian ministries over the past 35 years and have a passion for helping the impoverished and less fortunate of our community.  Jonny says, “The only difference between me and the precious souls that we serve each week is that I was blessed to have people in my life who believed in me.  Whatever success I’ve attained didn’t happen through wealth or prestige.  It was a loving God working through ordinary people who believed in me in extraordinary ways.  They had more faith in me than I had in myself.  What an awesome privilege to now try to do the same for those in our city who may need it most.”

A Real Estate Broker for nearly 50 years, Janet has owned and operated JL Hair Realty since 1969.  She founded the “Near East Side Troopers (NEST) Youth Center” at 4306 East New York Street, Indianapolis, in the early 1980’s.  As her son says, “Mom did it for two reasons:  1) To help show children the love of the Father, and 2) Because she just can’t stand to see kids go hungry.” Hundreds of youth have passed through the center over the years as it continues to feed children seven days per week. There’s nothing more heartwarming than to witness one of “Mrs. Hair’s” kids return to the center years later to check-up on her with a warm hug and a “thank you.” Over the years, Janet has worked to staff the center with mentors who teach and model Christian principles and practical life skills. She’s fostered an atmosphere of love and respect that provides a safe atmosphere for children in a challenging urban environment. Along with serving on various professional organizations, Janet has served the Marion County Jail to provide drug and alcohol counseling.  She currently performs volunteer ministry at a long-term care facility for the elderly on the city’s eastside and serves in the children’s ministry of her local church. In 1995, Janet received an award from the Mayor of Indianapolis for her dedicated service, exceptional contributions and personal sacrifice to the community.

Bringing his message to the streets of Indy, Jeff founded “Rock the Block” in 2010. This “hope-filled” community outreach festival occurs in June each year on the 4300 block of East New York Street and has grown to serve over 600 community members with music, words of inspiration and complimentary food and beverages for all who attend.  Jeff is an Indiana Real Estate Broker who shares management and leadership responsibilities for JL Hair Realty. He and his wife, Monica, formed MJ Feilen Ministries to perform Christian ministry in various capacities.  Jeff is an ordained minister and the music director of his local church.  He serves in prison ministry and ministers to the elderly in a local long-term care facility on an ongoing basis.  Jeff is also a Christian DJ involved in alcohol and drug abuse recovery programs.

Although space will not allow us list them all, we have an awesome team of volunteers.  They are truly the backbone of our existence. Their love, passion, compassion and commitment to the under-served is what puts the “Hope” in Urban Hope. Without these special people, we simply cannot succeed. 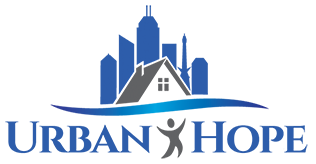